Here’s a brief update on the progress of FNIStash.

So something I had wondered about for a while has come to fruition: clockworkcore.org has already released an “infinite stash” program for Torchlight 2 called Stash Ninja.  I learned about it a few weeks ago.  This is hardly surprising to me, but I did wish that I would be the first.  They released the first complete character editor and some other utilities, and their results are usually quite good.  In fact, before I started FNIStash, I waited (and even emailed asking for an update) for CC to release the file specification under its Information section.  At the time it said “Hopefully by the end of October,” which it still says today.  I got tired of waiting for the file spec to come out, so I started to decode it myself, which was a long and tedious process.  I’m pretty proud of all that I’ve accomplished on my own, but I have to admit that it looks like Chthon knows a little more about it than I do.

I still think my version (and the features I have planned for it) will have a lot to offer beyond what Stash Ninja does, if I ever get around to finishing it.

Here’s one such feature: searching based on item keywords, including stats, level requirements, etc.  See it below, although the presentation needs a lot of cleanup.  I’ve used sqlite to make an item registry database, and it has enough foreign keys to reuse data that it should be pretty scalable to many, many items.  Enter in a few keywords, and the stash display is filtered to only show the items matching the query. 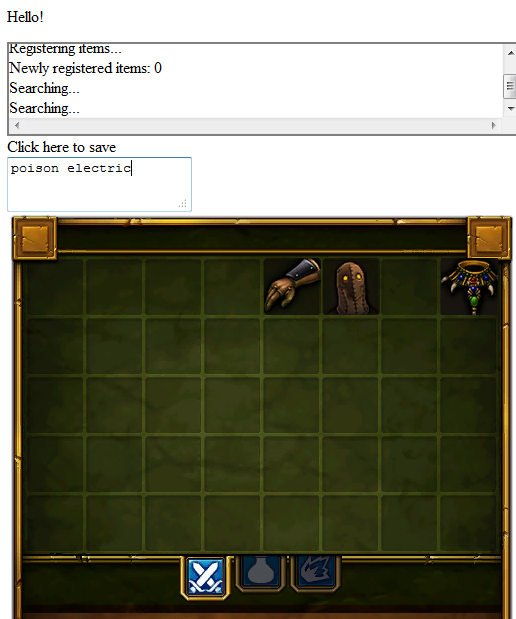